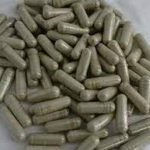 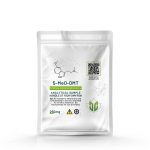 Cordyceps (cordyceps militaris) is a mushroom known for increasing energy levels and increase stamina. It also has an amazing ability to fight free radicals. Traditionally cordyceps has been used to treat asthma, coughs and bronchitis. Cordyceps can assist with liver function and detoxification, in turn helping digestion, cholesterol levels and overall cardiovascular health. Mushroom Capsules

Rhodiola (rhodiola rosea) is a plant that grows naturally in the wild Arctic regions of Europe, Asia and North America. It?s roots have been used for generations in Russia and Scandinavian countries to cope with the cold and stressful life. It is used to increase physical endurance and resistance to high-altitude sickness.

Each bottle of SWEN contains 25 capsules (500mg per capsule). Vegan and gluten free.

Of all edible mushrooms, some are great for tossing into a stir fry or side dish.

Shiitake, portobello, white button mushrooms, porcinis, and plenty of other varieties taste great so it’s easy to incorporate them into your meals.

Other mushrooms, however, have higher quantities of phytonutrients and antioxidants- but their flavor isn’t so appealing.

Reishi, turkey tail, chaga, and many others are known as functional or medicinal mushrooms due to their elevated levels of beta glucans and other important nutrients.

Instead of fresh, you can buy extracted versions of these medicinal mushrooms that are conveniently stuffed into capsules.